Each year millions of kids compete in organized youth baseball in the United States. At some point, each of those kids imagines themselves playing in Major League Baseball. Given the large number of players and limited professional positions, the odds of reaching this goal are infinitesimal. Even if each of the 30 Major League teams kept a few hundred players on their respective major and minor league teams there would only be a few thousand professional baseball players at all levels.

Making the ratio of players to professional players even more lopsided is the fact that a significant number of the professional spots are held by players from outside the United States. In comparing these ratios it reveals that a very small percentage of American youth baseball players will play at some level of professional baseball. Given these long-shot odds, it is no wonder that a single mile per hour on a fastball or a fractional increase in bat speed can be the difference between achieving the baseball dream or not.

While natural talent and practice are critical to success in developing as a baseball player there are some less obvious aspects of a player's ability that must be correct such as mechanics and balance in order to progress. Consistently practicing with these not corrected simply trains the player's body and mind to repeat the incorrect movements, thereby hindering, as opposed to promoting, success. Balance plays a critical role in each aspect of a player's game.

Just like everything else in the game, the equipment to train a player's balance has continued to evolve to the point that is refined and specialized to help individual players gain the edge and achieve their dreams. 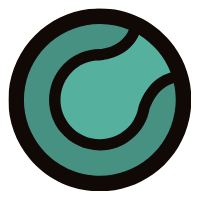 When you think of sports, what comes to mind? You will probably think of the sport you like most. if you have always loved soccer, you will probably picture a soccer player. If you are a fan of basketball, you might picture someone dribbling a ball. There are so many sports in this world, but they do share a few similarities. They drive people do be their best, physically. They entertain, and they educate. This blog discusses sports in more depth, and it also addresses topics related to sporting goods. After all, everyone needs equipment like cleats, bats, and gloves to play the sports they love.